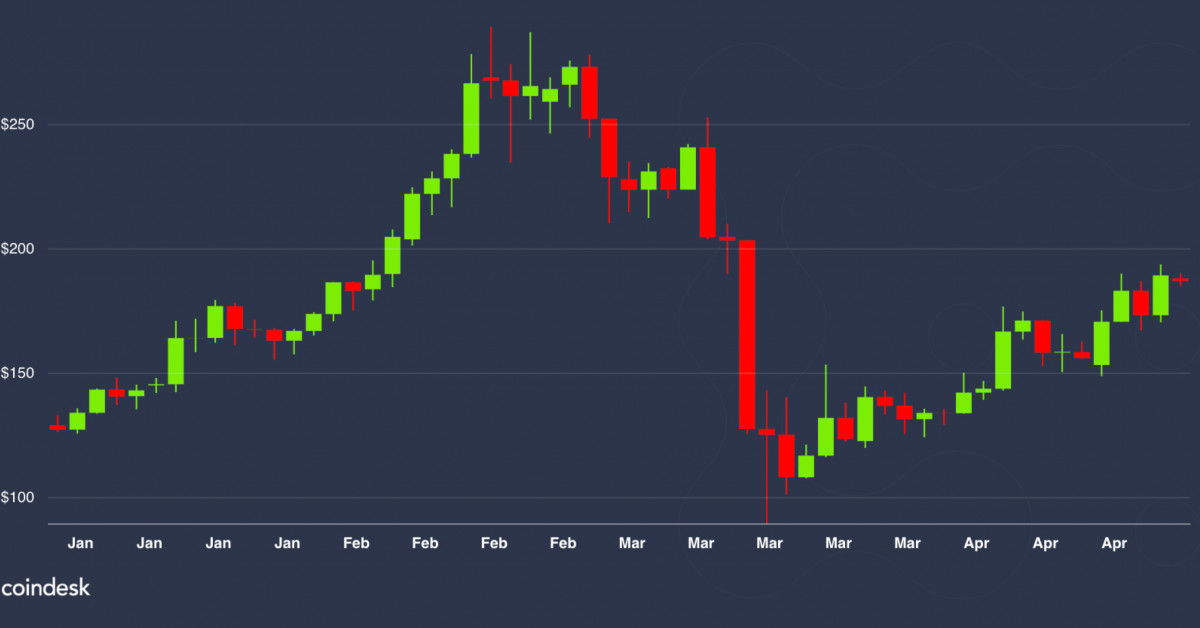 This year has been terrible for financial markets but good for cryptocurrencies. And while much has been made about bitcoin’s (BTC) gains of 7 percent since the start of 2020, ether (ETH) has been a shining star. Year to date it’s up roughly 50 percent.

On Jan. 1, 2020, ether’s price was $129.89, according to CoinDesk data. On April 27, ether was changing hands at around $192.25, not far off the $200.00 level hit on retail exchanges like Coinbase over the past weekend. “Really interesting to see ETH hitting the $200 resistance level a few times and breaking through,” said Jack Tan, founding partner at Taiwan crypto trading firm Kronos Research.

Chris Thomas, head of digital assets at Swissquote Bank, told CoinDesk the price appreciation for ether is from bullishness over finance software applications on the Ethereum network.

However, Thomas was more cautious on stablecoins, despite their recent surge on Ethereum. He pointed to long-term forecasts of near zero interest rates, especially regulated bank deposit-backed stablecoins running on the network such as USDC, PAX and BUSD.

“With very low interest rates and bid-offer spread tightening, stablecoins will move out of fashion as they’ll become far less profitable,” he said.

The 2017 bonanza for initial coin offerings, or ICOs, led to a flurry of projects raising capital by way of ether, which they subsequently sold off or spent otherwise. And that’s good for ether’s long-term price, says Antoni Trenchev, co-founder of cryptocurrency lending platform Nexo. “I don’t think many ICOs even have a treasury for it to get depleted now,” he told CoinDesk.

Indeed, most ICO projects no longer hold ether to sell for cash anymore, according to data on the amounts raised and remaining ether balances charted by CoinDesk Research.

“Projects that still have their treasuries stocked up with crypto that’s not their native token should be converting all of it to cash, Sukernik said. “They’re not in the business of managing crypto portfolios.”

Even so, it’s clear most projects, especially the largest ones that raised ether in 2017 such as Bancor, Tezos and Filecoin, don’t have any more to sell into the market.

Over the weeked, both bitcoin and ether trended upward, above their 10-day and 50-day moving average technical indicators. Although ether slipped a bit in 24-hour trading Monday, Rupert Douglas, head of institutional sales at digital asset management firm Koine remains bullish on both assets. “I think bitcoin and ether are about to rally,” he said.

Read More: How Oil Going Negative Could Open the Door for Bitcoin ETFs

The S&P 500 index climbed 1.4 percent. U.S. Treasury bonds were mixed. Yields, which move opposite to price, were up highest on the 10-year on coming in at 9 percent.

U.S. gross domestic product for the first quarter is expected to be released April 29. Toby Wu, an analyst for multi-asset brokerage eToro, expects the numbers to affect U.S. stocks.

“The upcoming US Q1 GDP data will directly reflect the impact that the pandemic has had on the US economy, particularly in March,” Wu said. “If low Q1 data is any indication of Q2’s performance, we can expect further price reductions in US stocks.”

In Europe, FTSE Eurotop 100 index of largest companies in Europe closed in the green 1.7 percent amid easing of lockdown restrictions creating economic optimism.

The Nikkei 225 index in Asia ended its trading day up 2.7 percent, buoyed by the Bank of Japan’s announced stimulus in the form of unlimited bond buying and easing rules on purchases of corporate debt. 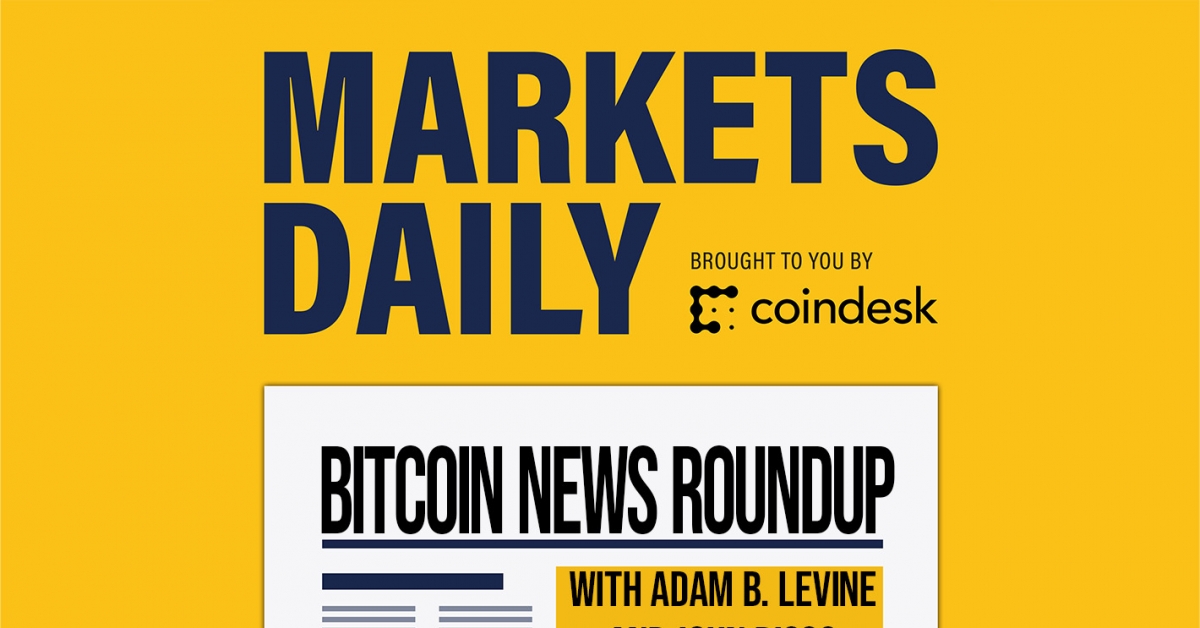 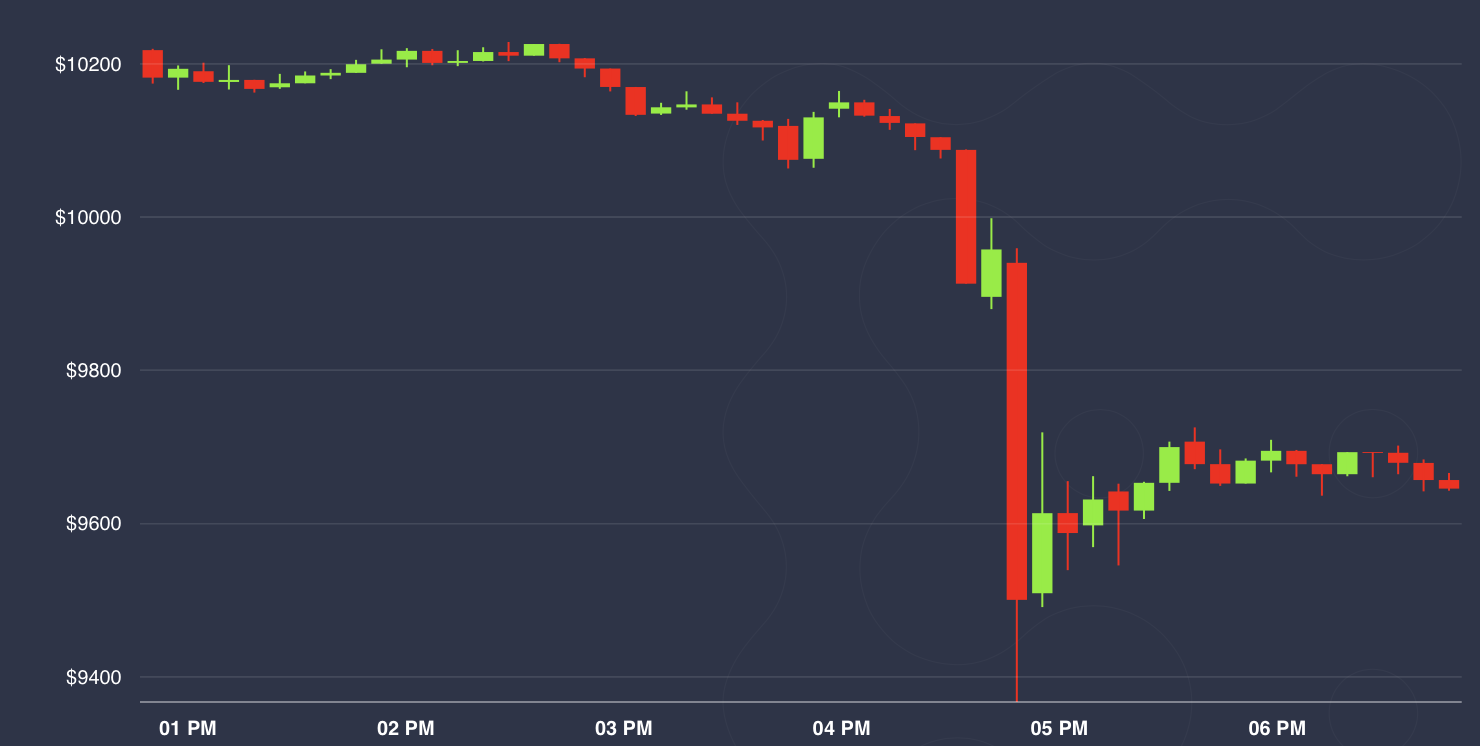